5 Self Defense Tactics You Can Use in any Crisis Situation

Jim Morrison once said “Violence isn’t evil. What’s evil is the infatuation with violence.” On an average 92 women are raped everyday in India. This statistic is exclusive of the unreported crimes that are silenced with fear and the attempted ones that the women were saved from. Even a cat’s animalistic instinct forces it to scratch an attacker when cornered. Wouldn’t a woman do the same? Even the government has supported the idea of harming an attacker in self-defence. In Sheknows.com, Madeline Glasser put forward a statistic that every year approximately 207754 rape and sexual assault cases are filed which comes to nearly one woman raped every 2 minutes. Her alarming presentation of statistics and images used in this article are worth credit.

It is the right of every person to protect himself from harm. You can quote a million sayings against violence but neither Buddha nor Gandhi is going to save you from peril. ‘Precaution is better than prevention’ is true judging the present scenario of India about women’s safety. If you want to how to keep yourself or women you care about safe, read this article once on Safety tricks for big city girls (LINK).

Although your best weapon is your brain, here are some self defense moves that can get you out of the clutches of danger.

Most attacks are initiated by attackers from behind because the victims lose their advantage of knowing the attacker’s first move. The victim is unaware of the course of the action and that makes it more difficult to comprehend how to unchain themselves from it. If someone grabs you from behind, pinch the attacker anywhere between the elbow and armpit or in the upper inner thigh. The muscles there are comparatively tender than most of the body and even a light pinch goes a long way to get yourself free from his clutches. If someone is pinched hard enough, that person might have torn muscles. 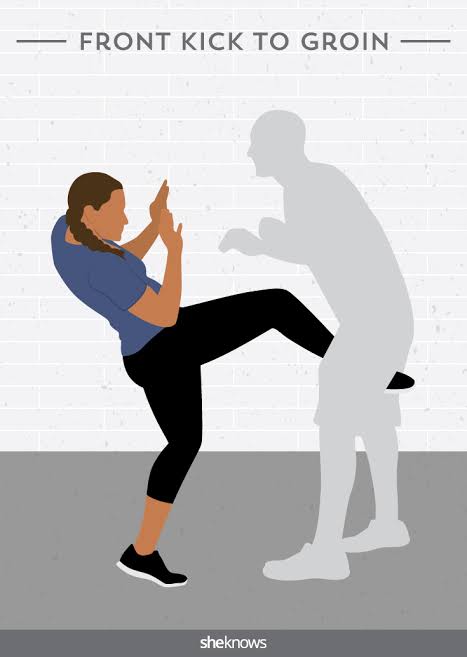 After the initial hit, always hit the groin next. This is unarguably the most sensitive part of the body. The best part is with this move you don’t even have to be physically stronger than the attacker. All you need is a little aim. Movies have taught us enough about how painful a kick to the groin can be. The knee is one of the strongest parts of the body. Make the best of it and kick as hard as you can. This trick is sure to bring the attacker to his knees releasing you from his clutches. The pain lasts for quite a few seconds that buys you enough time to escape from there. 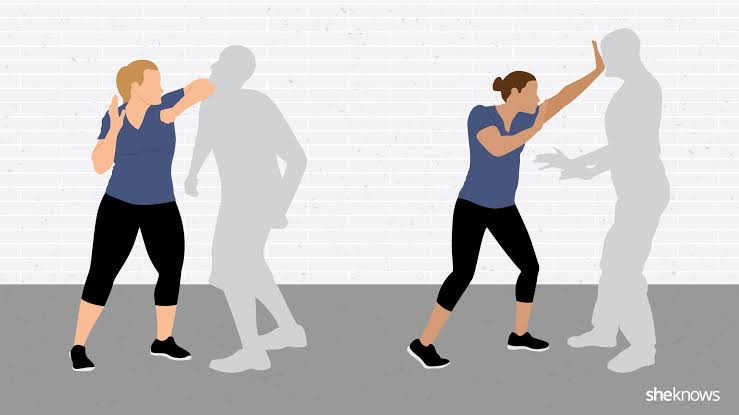 Sometimes it so happens that the attacker is in front of you. As dreadful as that sounds, just know that it is better than being attacked unknowingly from behind. You can not only identify the attacker but also judge what move can set you free. In such a case of attack, thrust the lower part of your palm at the attacker’s nose in an upward direction. You can also punch his nose with your fist as hard as you can. This affects the senses of the body and immediately blinds the attacker with pain. 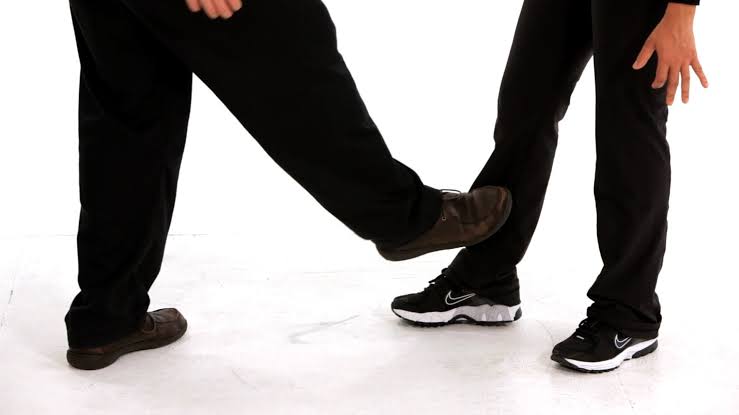 An attacker goes for blocking your hands to avoid you from retaliation. Binding your hands does not render you powerless because you still have your feet. Be it front or back, your foot can help you walk away from trouble. Women are often considered at a loss in an attack if they have high heeled shoes on. Use it in your favour by stamping the foot of the attacker just below the toe with force. Heavier the shoe, greater the pain the attacker’s going to endure. The best part is he can’t run after to catch hold of you after this hit.

If there is one life lesson a girl can learn about self defence from movies, it is from ‘Miss Congeniality’. This combination of self defence moves can save your life in the worst of situations. No, SING does not mean you can make the attacker deaf with your tone. It stands for S-Slap, I-Instep, N-Nose, G-Groin. With this easy acronym, take on anyone who dares to put his hand on you.